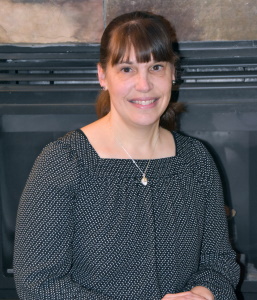 Dr. Kernig graduated with her DDS degree in 1999 from University of Maryland, Baltimore College of Dental Surgery as a recipient of a Health Professions Scholarship from the United States Air Force.  After graduation, the Air Force placed her in Biloxi, MS at Keesler Air Force Base, where she completed an AEGD-1 program. She then traveled to Misawa, Japan, where she spent 3 years as a general dentist, which included one month on the island of Guam.  From Japan Dr. Kernig moved on to Bethesda, MD to complete her Oral and Maxillofacial Pathology residency program through the National Naval Medical Center (now Walter Reed National Military Medical Center) and the Armed Forces Institute of Pathology, receiving her M.S. degree in 2006.  She then spent 5 years in Dayton, Ohio as the Chief of Oral and Maxillofacial Pathology at Wright-Patterson AFB, then relocated to San Antonio in 2012, working first at Wilford Hall Ambulatory Surgical Center, then at Brooke Army Medical Center.  Over the next 7 years, Dr. Kernig enjoyed fulfilling the roles of Special Consultant to the Air Force Surgeon General in Oral and Maxillofacial Pathology, and in Forensic Dentistry.  She was active in teaching various post-graduate dental residents, general pathology residents, and ENT residents as an Associate Professor with the Uniformed Services University of Health Sciences.  Dr. Kernig retired as a Colonel after 20 year in the Air Force, and in June of 2019 she and her family moved to Spokane, WA, where she stepped into a staff oral pathology position with Incyte Diagnostics. Dr. Kernig is married to William (Bill) Kernig, and is mother to two extremely entertaining daughters, Karlynn (14) and Laura (12).